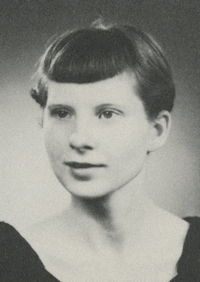 Esther M. Smith, 78, of Perry, Oklahoma was born on April 8, 1939 in Perry, Oklahoma. She was the daughter of Emil and Mary Frances (Blatt) Wagner. She was called to be with the Lord on Tuesday, November 28, 2017 .
Esther was a graduate of Perry High School. She was a member of St. Rose of Lima Catholic Church, where she was an active member of the Altar Society. Esther found great joy in serving the Lord, and did so faithfully her whole life. She found great pleasure in helping others.

Esther and Gerald Smith were united in marriage on January 29, 1967. They resided in Alva, OK until his death. At that time, Esther and the children moved to Perry. She enjoyed being a homemaker and loved working in the yard. She loved nature.

After her children were grown, Esther married Albert Cawood on July 27, 1998. They enjoyed traveling and working together on home improvements. They gave generously to others. Esther enjoyed volunteering at the soup kitchen.

She was preceded in death by her parents; husbands, Gerald Smith and Albert Cawood; sister, Emily Leaming, and brother, Gerald Wagner.