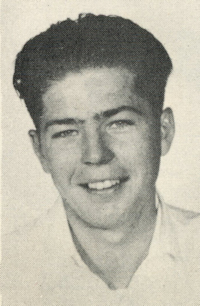 Graveside services will be at 11:00 a.m. Saturday, March 15, 2003 at Grace Hill Cemetery in Perry under direction of Brown-Dugger Funeral Home. Rev. C. M. Wilson will officiate. Memorials may be made to the charity of the donor’s choice.

A life-long resident of Noble County, Bill served in the United States Navy from 1944-1946. Before retiring, he was an oilfield worker. He was of the Baptist faith.

Survivors are one brother, George Munger, of Denver, Colorado; three sisters, Donna Jean Reed and Ann Munger, both of Tulsa, Oklahoma; and Glynn Munger Cochran, Davis, Oklahoma and several nieces and nephews, some of whom reside in the local area.

His father, mother and one sister preceded him in death.