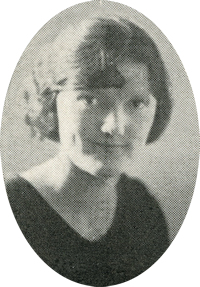 Funeral will be Monday at Newbury Park, Calif., for Mrs. Mabel Dixon, 72, Newbury Park, formerly of Perry, who died Wednesday evening at a hospital at Thousand Oaks, Calif.

Mrs. Dixon was born Oct. 31, 1904, near Fort Scott,Kan., and came to Noble county with her family, Dec. 6, 1906. She attended Noble county schools and was a graduate of Perry high school.

Mrs. Dixon was an employee of The Famous store in Perry and worked for Rudolph Gottlieb at The Vogue. She operated a store on the square for about a year.

Mrs. Dixon and her husband, the late Edgar Dixon, moved to California in July, 1951. She resided at the Ventura Estates Health Manor at the time of her death.