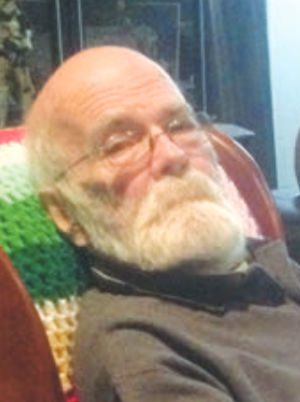 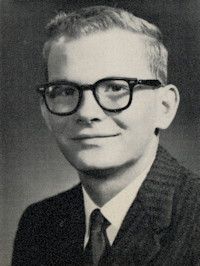 Gene William Elliott, 71, of Perry, Oklahoma was the son of Gilbert Forrest Elliott and
Georgianna Elizabeth (Blake) Elliott. He was born on December 29, 1942 in Enid, Oklahoma; and lived with his family in Perry, Oklahoma.

Gene was a 1960 graduate of Perry High School and attended classes at OSU for two years in Stillwater, Oklahoma, while helping with his dad’s construction business.

In the fall of 1964 he joined the Navy. He was stationed in San Diego, California and then in Japan for two years as a Navy corpsman.

Gene came home to Perry and married Rosetta Khoury. They divorced in 1974.

He worked for The Charles Machine Works, Inc. (Ditch Witch®) in the parts department for approximately 30 years. He retired from Ditch Witch for several years and then returned as a Night Security Guard. He worked until he retired again in 2011.

Gene enjoyed going to mountain man rendezvous with his brother Glen, where they would sell their
handmade knives, guns, bows and arrows. He also enjoyed bicycle racing, model trains, hunting,
fishing, and just being outdoors in the town he loved … Perry, Oklahoma.

He lost his battle with Alzheimer’s as well as heart and lung complications and passed away Wednesday, February 12, 2014 at Mercy Oklahoma Heart Hospital, surrounded by his family.

He was preceded in death by his parents, Forrest and Georgianna Elliott and a sister, Karen Grim.

Memorial services for Gene Elliott are scheduled for 1 p.m. Saturday, February 22, 2014 at the
Perry Church of Christ with Rev. Steve Cowan officiating.