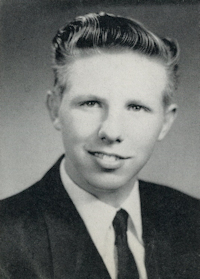 Funeral will beat 10 a.m. Monday at the Church of the Nazarene in Perry. Rev. Travis Hopper and Rev. Eric Owen will officiate. Burial will be in Grace Hill cemetery under direction of Brown Funeral home.

He served in the United States Army and was a 32 year employee of the Oklahoma Department of Transportation. Gunn was affiliated with the Church of the Nazarene, was a member of the Perry Elks Lodge, and was a 32nd degree Mason.

In addition to his wife, of the home, survivors include his parents, Carl and Alma Gunn, Crescent; one brother, Gordon Gunn, Yukon; and two sisters, Lora Berry, Cres­cent, and Jackie Bounds, Vienna, VA.

He was preceded in death by two sisters.

Memorial contributions may be made to the Ameri­can Cancer Society, Oklahoma division.