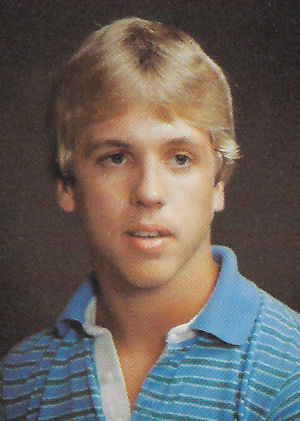 Gary Lee Hake, 20, route 2, Perry, died at 1 p.m. Friday at Presbyterian hospital at Oklahoma City of complications resulting from an accident May 30 on a construction job near Pawnee.

Rosary will be at 7:30 p.m. Sunday at Brown Funeral chapel. Funeral mass will be at 10 a.m. Monday at St. Rose of Lima Catholic church. Rev. Ward J. Pankratz will officiate. Burial will be at St. Rose Catholic cemetery.

Hake was born at Winchester, Kan., Oct. 27, 1965. He was the son of Leon and Gail Hake. He moved to the Perry area with his family in 1972. He was a 1984 graduate of Perry high school and was employed by Wittwer Construction of Stillwater.

Hake was a member of St. Rose of Lima Catholic church.

In addition to his parents, route 2, Perry, survivors include two sisters, Rhonda Hake and Renae Hake, both of the home; one brother, Jared Hake, also of the home; and grandparents, Jewel Swoboda, Perry; and Claude and Christina McKnight, Salina, Kan.

He was preceded in death by his maternal and paternal grandfathers, James Swoboda and Mark Hake.