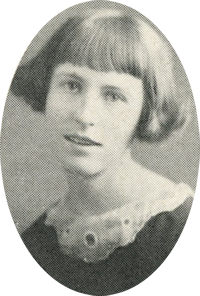 Born Feb. 25, 1906, at Perry, Miss Kennedy was the daughter of Elias Marion and Mattie (Gowty) Kennedy. She was a 1924 graduate of Perry high school and had worked as an operator and service representative of Southwestern Bell Telephone for 30 years.

She was preceded in death by her parents and four brothers.