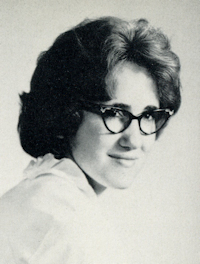 Funeral will be at 10:30 a.m. Thursday at the Strode Funeral chapel at Stillwater with Bobby Lee officiating. Burial will be at Grace Hill cemetery at Perry.

Mrs. Kendrick was born Aug. 31, 1945, at Perry, the daughter of Charles M. and Ada R. Gottfried. She was a 1963 graduate of Perry high school and had been employed for two years at the Mercury Marine plant at Stillwater.