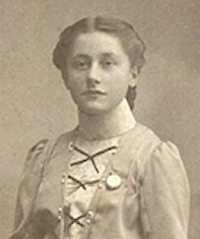 Mrs. Kirtley was born Aug. 18, 1888, in Oxford Junction, Iowa. She came to Noble county in 1893 shortly after the opening of the Cherokee Strip for settlement. She graduated from Perry high school in 1907 and taught Fairview and Sunny Slope schools in Noble county. On June 12, 1910, she was married in Perry to Charles T. Kirtley, who survives.

She was a member of the Christian church. War Mothers and Women’s Christian Temperance Union.

One son preceded her in death.