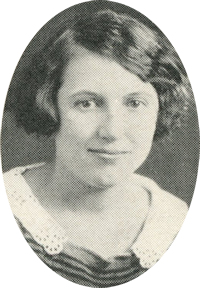 Rose Lavington, 73, a native of Perry who lived at 810 Delaware street, died at 4:15 a.m. Saturday at Perry Mem­orial hospital where she had been a patient since Feb. 5.

Arrangements for services were pending Saturday at, Parker Funeral home.

Miss Lavington was born in Perry Sept. 25, 1907. She grad­uated from Perry high school in 1925. She later left Perry to live in Oklahoma City and returned in 1951. A member of the First United Methodist church, she had worked as an office clerk.