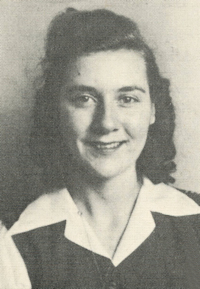 Mrs. Law attended Perry High School and worked as an electronics assembler for Ampex in Colorado before retiring in the 1970s because of failing health.

She was married December 20, 1945 to Wilburn T. Parks. In 1958, she was married to Darrell Law. She was a member of the First Assembly of God Church and had been a resident of Perry Green Valley since January 4, 2000.

She was preceded in death by her parents, her first and second husbands and one sister.