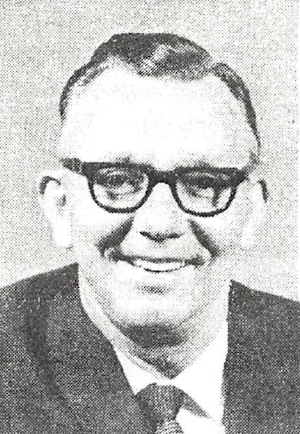 Rosary will be at 8 p.m. Monday at Brown Funeral home for Edwin J. Martin, 68, who died on Saturday at his home at 1415 Country Club drive.

He was born March 29, 1917, at Perry, the son of Edwin R. and Ida Martin. He attended St. Joseph’s academy and was a graduate of Perry high school and Draughon’s business college.

He worked for oil companies throughout the southwest. He was a retired accountant and had sold investments and life insurance.

Martin was a member of St. Rose of Lima Catholic church, and the American Legion and was a former member of the Rotary club and the Knights of Columbus.