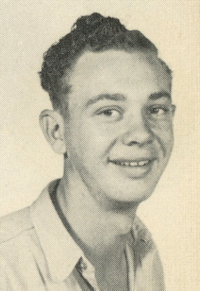 Moore was born in Perry on Sept. 22, 1929, the son of Chester and Velma (Evans) Moore. He was a graduate of Perry high school and had worked for the city of Perry and Cockrum’s service station.

He operated the Phillips 66 service station at Sixth and Grove streets in Per­ry before moving to Midwest City, where he worked as an appliance re­pairman. Moore had lived in Midwest City since 1962.

Moore was preceded in death by his father and his wife, Margaret Fern Moore.