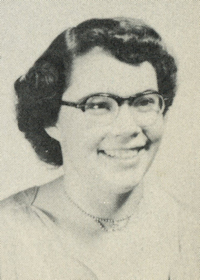 Funeral services will be held at 2:00 p.m., Tuesday, November 18, 2008, at the Yanda & Son Chapel, Yukon, with interment following at the Yukon Cemetery.

In addition to her parents, she is also preceded in death by daughter, Cheryl Roads and granddaughter, Amber Herstein.