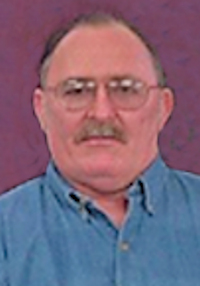 Clay William Campbell, Cushing resident, passed away on Friday, February 9, 2018 at the age of 56 years.

The son of the late Lloyd Lee Campbell and Elsie Grace Brown Campbell, Clay was born on November 21, 1961 in Enid, Oklahoma; and was raised in the Garber, Perry & Covington areas.

Clay was united in marriage to Glenda Kinkade on July 1, 1981. To this union three children, Dorothy, William and Michael, were born.

Clay enjoyed watching old westerns and the food channel; being with his family & especially enjoyed checking up on his grandkids and offering his advice; playing computer games and talking about cars and the oilfield.

Memorial services will be Monday, February 12, 2018 at 11:00 AM in the Davis Memorial Chapel with Pastor Mark Skinner officiating.