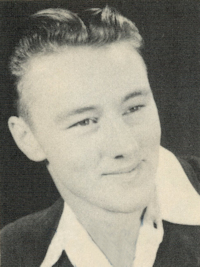 Services will be at 10:30 a.m. Monday in First United Methodist Church in Perryton with the Rev. Mark Metzger officiating. Arrangements are by Boxwell Brothers Funeral Home of Perryton. The family suggests memorials be to Perryton Activity Center.

Jim was born May 29, 1931, in Perry, Okla., to Zelma and Harold Clark. He attended the University of Central Oklahoma in Edmond, Okla., and then served in the Korean War from 1952 to 1953. Jim and his cousin, Homer Clark, started Clark Dirt Contracting in Perryton in 1953. He married Betty Jo Mackey in 1959, and they moved to Perryton.

He was preceded in death by his wife; a daughter, Tami Clark Goodson; and a son, Mark James Clark.

Survivors include a daughter, Cindy Adair and husband Carter; a granddaughter, Wesley Goodson; and a family friend, Scott Allen.