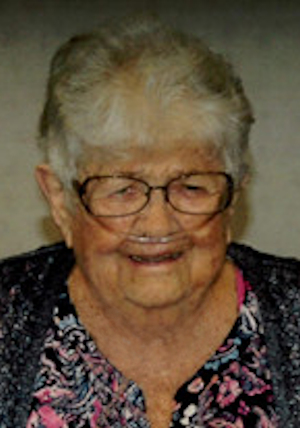 – daughter of Mrs. Lillian Spillman, 612 Fir street, is 18 years old and expects to work after school is finished this spring.

She was born in Perry and attended Lone Elm and Barrett grade schools.

She is a member of the Order of Rainbow for girls and the RRF club.

Donna graduated from Perry High School in Perry, OK, in 1944. She and Ken lived in Fort Collins early on, moving to Cortez, CO, in the early 70’s, to Iran for 18 months, then back to Fort Collins. They spent 2 years in Morocco, lived in Perry, OK, for 12 years, and settled in Greeley in 2007.

She was preceded in death by her parents; her husband Kenneth, daughter Patricia Spencer; sisters Dorothy (Merle) Hafner and Darlene (Paul) Cook.

Services will be held at 2:00 P.M. on Tuesday, February 20, 2018 at the Allnutt Macy Chapel with a reception to follow in the Allnutt Reception Center. Interment at Linn Grove Cemetery.