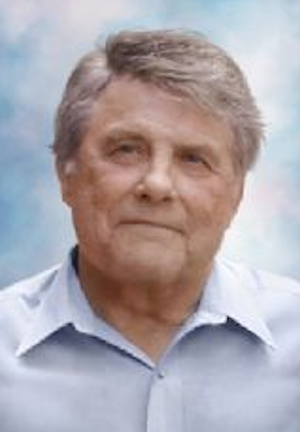 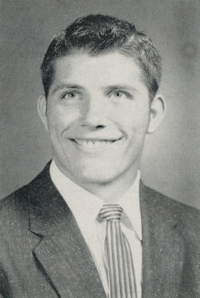 Tex graduated from Perry High School in 1958 where he was named an All-State Football player running as a fullback. After his high school days, he went on to play at Oklahoma State University where he received a football scholarship. He went to school there from 1958-1959. The next year he attended Northern Oklahoma College in Tonkawa, Oklahoma from 1959-1961. He also played football for NOC and was honored with being Tri-Captain of his team. The following 2 years he attended and graduated with a Bachelor’s degree and a Master’s degree at Southwestern State in Weatherford, Oklahoma. Once again, he was named Co-Captain of this football team as well as being a unanimous choice all conference linebacker and best citizen. He earned his Masters in Administration in 1973 from Texas Women University in Denton, Texas.

He enjoyed metal detecting, dancing, and being up to date on current events. He spent his career in education as a teacher, coach, and vice principal. He started teaching in 1963 in Sayre, Oklahoma where he was also a coach for football, basketball, baseball, and track. A few years later he taught in Guthrie, Oklahoma. He coached football and taught history as well as social studies. In 1967 he continued his career in Burkburnett School District (Burkburnett, Texas) until his retirement in 1994.

Funeral services will be held at 1:00 p.m., Friday, March 2, 2018 at Grace Hill Cemetery, Perry, Oklahoma, with Pastor Adam Leathers officiating. Memorials may be made to the Cancer Fund or any charity of your choice. Services have been entrusted to the care of Brown-Dugger Funeral Home in Perry, Oklahoma.

Cherishing his memory are his sister, Cordia Coning of Hollansburg, Ohio; nephew, Dennis Bolay and his wife Sheri, of Oklahoma City, Oklahoma; niece, Denese Stanley and her husband Jay, of Edmond, Oklahoma; and his sweetheart Ellen Scharlach of Hoopeston, Illinois.

He is preceded in death by his parents, Floyd and Lois Yeager and his sister, Jean Bolay.