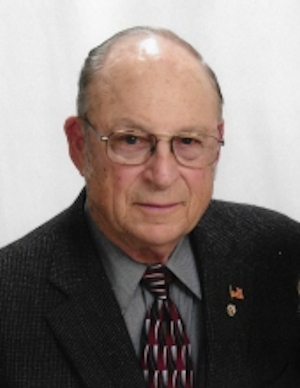 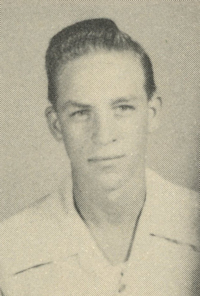 Leo J. Wagner, age 83, resident of Perry, Oklahoma, passed away Friday, February 23, 2018 at St. Anthony’s Hospital in Oklahoma City with his family at his side.

A rosary service will be held at 6:00 pm, Tuesday, February 27, 2018 at Trout Funeral Home of Perry Chapel. Mass of Christian Burial will be at 10:00am on Wednesday, February 28, 2018 at St. Rose of Lima Catholic Church with Reverend Carson Krittenbrink officiating. Burial with military honors will follow at Mount Carmel Cemetery.

Leo was involved in many activities at St. Rose of Lima; serving as an alter server, lector, eucharistic minister, usher, greeter, church council, and chairmen of the building committee. He was active in the Knights of Columbus as a 3rd and 4th degree member. Leo served on the Perry Public School Board. He always found time to attend and support his children’s activities including: numerous Booster clubs, Boy Scout leader (often referred to by the troop as “Uncle Leo”) and school activity bus driver. He was an honorary member of Oklahoma State Farm House fraternity.

Leo was a family man who loved spending time with his family and grandchildren. He enjoyed playing dominoes and cards with family and friends. Leo was a caring man whose kindness and infectious smile will be missed by all.

Leo was preceded in death by his parents and brother George.

In lieu of flowers a memorial can be made to St. Rose of Lima Catholic Church Building Fund or the Center of Family Love, care of Trout Funeral Home of Perry, 1408 N. 7th Street, Perry, OK 73077.