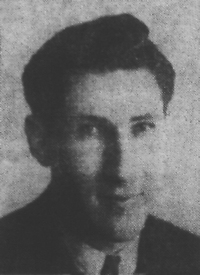 – son of Mr. and Mrs. James C. Morgan and was born in Perry. He has always attended the Perry schools and during his high school years has been a member of the football team and basketball team. He will take up Diesel Engineering after graduation.

﻿Funeral will be Thursday for John C. Morgan, 58, Orlando, Fla., formerly of Perry, who died at approximately 4 p.m. Sunday at Orange Memorial hospital at Orlando. Woodlawn Funeral home will be in charge of arrangements. Burial will be at Woodlawn Memorial cemetery at Orlando, Fla.

Following postgraduate studies, he entered the Air Force. He later studied two years at Oklahoma State university before re-enlisting in the Air Force, from which he was retired. Morgan was due retirement this year from the United States Postal Service.

He was preceded in death by three brothers.