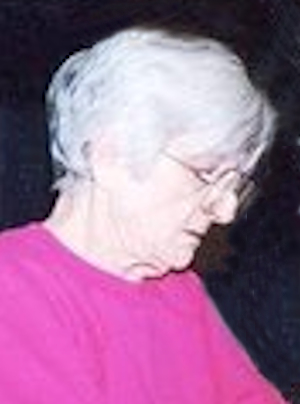 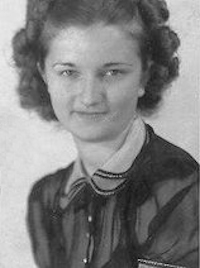 – daughter of Mrs. and Mrs. Fred Lovekamp, was born in Perry. Before coming to Perry to attend high school, she attended school at District 40 and in Sumner. She is a member of the Girls Reserves, glee club, Home Economics club and Red Hot pep organization. She will attend business college and be a stenographer.

Helene was born in Perry, Oklahoma on November 12, 1920, to Frederick and Katherine (Bamberger) Lovecamp.

Helene spent her working life and much of her non-working life as well, as a cook. Professionally, she cooked at the Junior High School Cafeteria in Perry, Oklahoma. She also worked as the cook at the Kumback Café in Perry. She loved to cook, but more than that she loved spending time with family. She enjoyed caring for her children and her grandchildren. When asked to name the “best food” she cooked, the family answered quickly and unanimously “Pocketbooks and holuptures!”

Helene is survived by her two children; Kathy and Donnie Gray of Vinita and Allan and Cheryl Harrah of Vinita. She will also be missed by her two sisters; Winifred Vculeck of Stillwater, OK., Eleanor Sherwood of Perry, OK., her Son-in-law, Art Feemster of Ark City, Kansas, and nieces Anne, Carol and Joan. Helene was blessed with six grandchildren and three great-grandchildren, who will also miss her.

A funeral service will be held on Friday, February 22, 2008 at 2:00 PM at the Luginbuel Funeral Home Chapel in Vinita, Oklahoma. Pastor Terry Wise of the Carter Baptist Church will preside. There will be a visitation time at Luginbuel Funeral Home in Vinita on Thursday between 6pm and 8pm. In lieu of flowers, the family requests contributions are given to the Alzheimer’s Association, 6465 South Yale, Suite 312 Tulsa, OK 74136-7810.