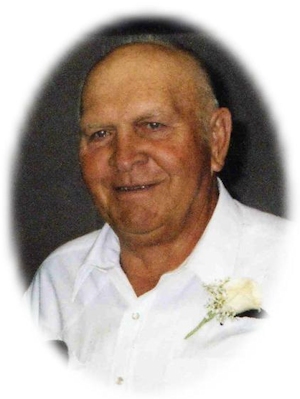 ﻿Ronald Friend, loving husband of Doris, passed away suddenly August 5, 2005 at his home doing what he always loved, working on his farm.

He worked in the oilfield all of his life until his retirement in 2002, whereupon he and Doris moved back to Perry to pursue his hobby of raising cattle and working on the farm.

He was an avid OSU football fan, who enjoyed traveling, playing cards and always had a story to tell. He enjoyed life to the fullest. He will be greatly missed by all that knew and loved him.

A graveside memorial service will be 10:00 a.m. Thursday, August 11, 2005 at the Grace Hill Memorial Pavilion. John Dolezal will officiate. Services will be under the direction of Brown-Dugger Funeral Home. Memorials may be made to the American Diabetes Association or the American Heart Association in care of Brown-Dugger Funeral Home, 1010 N. 7th Street, Perry, Oklahoma 73077.

He was preceded in death by one daughter, Debbie Sadler, his parents, Roy and Ruth Friend and three brothers, Vern Friend, Glen Friend and Jackie Friend.