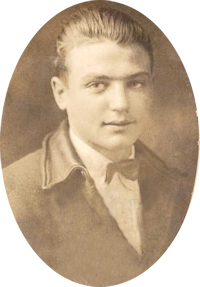 ﻿Burial service will be at 4 p.m. Saturday at Polo cemetery, northwest of Perry, for Philip M. Merriman, 69, Tulsa, former Noble county resident, who died Wednesday at his home.

Funeral will be at 1 p.m. Saturday at the Osage Hills Christian church with Rev. Herschel Martin Jr., officiating. Burial service at Polo cemetery will be under the direction of the Mobley-Dodson Funeral home of Tulsa.

Born Nov. 12, 1910, in Noble county, to George and Edna Merriman, Merriman graduated from Perry High School in 1928 and moved from Perry in 1941. He was owner of the M&M Sporting Goods Manufacturing Inc., Tulsa.

He was a member of the Sand Springs Sportsman’s club, was past president of the Society of Manufacturing Engineers, member of the National Rifle association and belonged to the Indian Territory Gun collectors association.