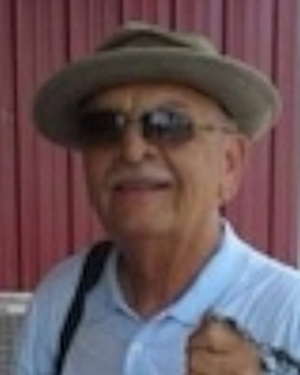 James “Jim” Floyd Skluzacek passed away at home surrounded by his family on Sunday, March 18, 2018, in Perry, Oklahoma.

Jim was born May 17, 1940 to James L. Skluzacek and Emma Bina Skluzacek in Devils Lake, North Dakota. In 1951, he with his father and sister moved to Perry, OK.

On August 12, 1964 he married Peggy Ann Johnson. They made their home in Perry, where he went to work for Charles Machine Works as a machinist and retired after 34 years.

Jim will be remembered for many things. He was a self-taught jeweler. His jewelry will be treasured by many family and friends. He was also a self-taught artist. His paintings and sketches brought him much joy. Each piece had its own unique story that he loved to share. He was a humble man who was proud of the art he restored at his church.

Other hobbies included yard work, spending time with his dog Summer, fishing and playing with his grandchildren.

Jim was preceded in death by his parents, brother Floyd and sister Agnes.