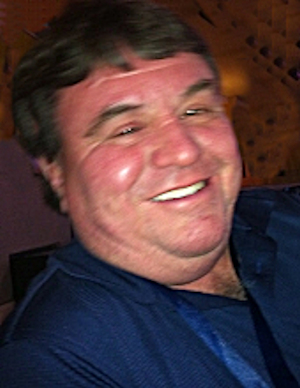 Jack graduated from Perry Public Schools. On November 4, 1984, he married Audrey Lee McDaniel at the St. Mark’s Episcopal Church in Perry, OK. They were blessed with 3 daughters: Lisa, Bennette and Michelle.

In 2012, Jack retired from the City of Perry after 20 years of service. During his tenure with the City, he served as the City dog catcher for 15 years and lastly he worked at the water treatment plant. After retiring from the City of Perry, Jack went to work for Ditch Witch where he was employed as a production assembler until the time of his death. For a time in his life, Jack raised Rottweiler dogs and many times he could be seen driving through town with his three beloved dogs in the back of his pickup as he took them to the ‘country’ for some exercise. After their children were grown and on their own, Jack and Audrey began enjoying taking ‘road trips’ throughout the United States. On these trips, Jack always looked forward to finding new places to enjoy a meal. Jack loved to ‘hang out’ with his friends and his brothers, including the ‘in-laws’, to talk and more importantly to drink beer.

Jack loved life and even as he began to battle cancer for the second time and as the Lewy body Dementia began to take his mobility and thought process, his positive outlook and attitude never waned. Even up until the time of his death, he said that this sickness was just a ”minor setback” and he would get back to work soon. One thing that many people did not know about Jack was he was a very giving and generous man. There were many times when he would hear about someone in need and he would make a point to locate that person in order to give them a monetary donation, a box of food or clothes. Jack was a faithful member of St. Mark’s Episcopal Church where he served as Jr. Warden for many years.

Jack was extremely proud of the accomplishments of his children and grandchildren and loved them wholeheartedly, but more importantly he loved Audrey. She was his best friend and life partner and they complimented each other in every way. He never missed a chance to send red roses to Audrey in celebration of a birthday, Valentine’s day or wedding anniversary.

Jack was preceded in death by his mother Juanita Bounds, his father Loren Cross and his brother Danny Joe Bounds.

A celebration to gratefully remember Jack’s life will be held at 10:30 a.m., Tuesday, April 3, 2018, at St. Mark’s Episcopal Church, with Father William Powell officiating, with burial to follow at Grace Hill Cemetery. Memorial contributions may be made to the American Cancer Society, St. Jude’s Children’s Cancer Hospital, Perry Relay for Life, and St. Mark’s Episcopal Church, in the care of Trout Funeral Home of Perry, 1408 N. 7th Street, Perry, OK 73077.