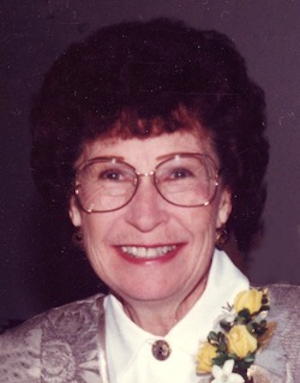 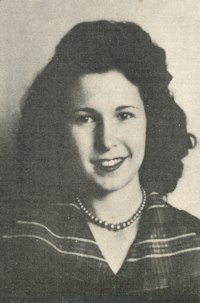 Alpha was born December 13, 1927, to Boyd and Doris (Dull) Poe in Elk City, Oklahoma. She attended schools in Crescent, Sumner, and Holdenville and graduated from Holdenville High School in 1946. She met the man of her dreams, Earl Jesse Frank, on a blind date. They married on April 19, 1946 in Seminole.

She worked many years as a homemaker and outside of the home at Sears and Mercury Marine. Raising a garden and doing yardwork, quilting and crafts were some of her favorite pastimes. She was devoted to her family and truly loved her role as a wife, mother, and grandmother. Dancing with her husband on Saturday nights and Wednesday morning coffee with “the girls” were included as weekly priorities. Alpha was a member of the Christie-Jones American Legion Auxiliary, and those who knew her well often referred to her as “such as sweet person.”

She was preceded in death by her husband, Earl Frank, parents, and siblings Zola Poe, Carl Poe, and Mary Penn (Poe).

The family, in lieu of flowers, requests donations be made to Physician’s Choice Hospice, 1000 NW 139th Street Parkway, Edmond, OK 73013.