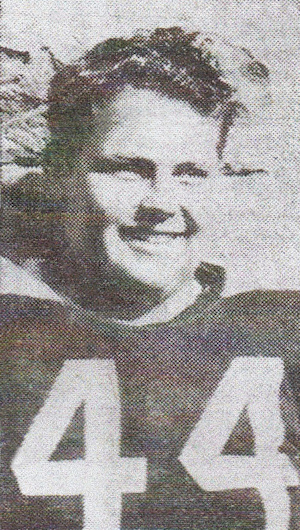 Services will be held in the Newton funeral home with burial in Grace Hill cemetery. Members of Faith chapter, American War Mothers, will attend the services in a group.

Wilson died Sunday at 4:20 p.m. in the Perry Memorial hospital of injuries received earlier in the day in a one-car accident west of Perry.

He was born Nov. 13, 1935 in Perry, and was a member of the First Christian church. Wilson participated in football at Perry high school and was employed at his father’s grocery store.

In addition to his parents, he is survived by two sisters, Billie D. Wilson of the home and Mrs. A. M. Fyffe of Cushing, and a brother, Jack L. Wilson, a midshipman at the U.S. Naval academy, Annapolis Md., now home on leave.