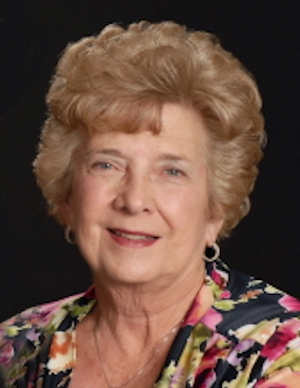 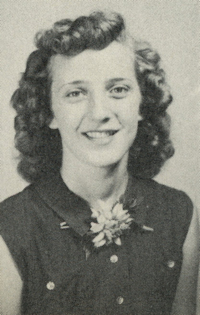 Joan Esther (Thiele) Miller, a beloved wife, mother, grandmother and grandma great, went to be with her loving Savior on July 19, 2018 at her family farm in Perry, Oklahoma.

Joan was born May 14, 1935 to Otto and Nena (Baetz) Thiele on the family farm east of Perry. She attended Pioneer country school and Christ Lutheran School before entering Perry Jr. and Senior High Schools. Her first job was as proof reader at the Perry Daily Journal. She later worked for Sears and the OSU Extension Office. She was active in the Noble County Extension Homemakers, as a Blue Bird Leader and a 4-H leader for 25 years.

Joan married Starling Miller on January 21, 1977 and three years later they opened Starling Miller Real Estate and Auctions. The business became a family endeavor and she and “Doc” worked side by side holding countless auctions throughout the State of Oklahoma throughout their 38 years of business. They enjoyed singing with a group at the local nursing home. In 2009, the Spring Livestock Show was dedicated to her and Doc for their volunteer work with 4-H and FFA youth. She had a competitive streak and loved watching her grandkids and great-grands in all their sporting activities. She was also a huge OSU girls basketball fan. She collected angels and crosses and loved growing and sharing flowers. She will be remembered for her walk with the Lord and her service in His name, for her legendary homemade ice cream, her beautiful flower gardens and her kindness in remembering hundreds with cards, baked goods and meals when they were in need.

Joan was a lifetime member of Christ Lutheran Church, having been baptized as a baby there on May 26, 1935. She was Confirmed on June 5, 1949. She taught Sunday School for two decades and began singing with the church choir as a teenager. She was active in LWML, as was her mother before her. One of her greatest honors was being chosen as Oklahoma’s first LWML “Unsung Hero”. In recent years she joined the church quilting group and it became her “Tuesday passion”.

She was preceded in death by her parents, Otto & Nena Thiele; brother, Paul Thiele; and infant grandson, Tucker Hobbs.