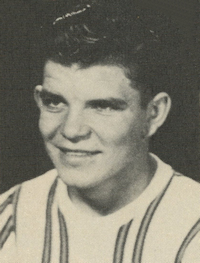 He married the love of his life, Bunnie Lee (Ewy) Klinglesmith on July 2, 1950 in Perry, Oklahoma at the First Baptist Church. They met when Bunnie she was a Senior in high school and the rest is history. Later in life they had one son, Kyle whom they were very proud of.

Donald worked for a year as a fireman before discovering his career as a mail carrier for Perry Post office. He worked at the post office for years while keeping his ties with the Perry Fire Department as a volunteer before retiring. Donald enjoyed fishing and traveling very much. He would take the family camping every year. He and Bunnie would sometimes take off in the camper for a few days at a time to drive and sightsee. He loved being able to be involved with his son and grandsons wrestling while they were growing up. He was the score keeper for the Perry wrestling team for 20 years which made him able to be at every match.

Donald had his own airplane that he loved to fly. When he had the time to get out, he treasured being able to take the kids for rides. Donald had many hobbies. He liked to fish and travel, but most of all he loved spending time with his family.

He is preceded in death by his parents, Lewis and Mae Klinglesmith, three brothers, and three sisters.