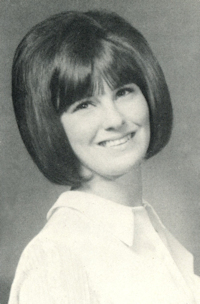 ﻿Funeral will be at 2 p.m. Wednesday for Mrs. Kenneth (Connie Ellen Wentz) Price, 27, Guthrie, formerly of Perry, who died of injuries receivad early Sunday morning in a one vehicle accident eight and one-half miles east of Hennessey.

Born April 3, 1948, at Mann-ford, Mrs. Price lived most of her life. in the Perry area. She was a 1966 graduate of Perry high school and had attended Oklahoma State university. She was married Feb. 1, 1974, in Texas, to Kenneth Price, who survives.

She was a member of the First Christian church of Perry. Mrs. Price was employed by the Guthrie Job Corps, as a PBX operator at the time of her death. She had lived in Guthrie the past three years.

Survivors include her husband, Kenneth, of the home; her mother, Mrs. Geraldene Wentz, Guthrie, formerly of Perry; a sister, Mrs. Bill (Sue) Vollmer, Perry; two nephews and one niece.

She was preceded in death by her father, Tom W. Wentz.