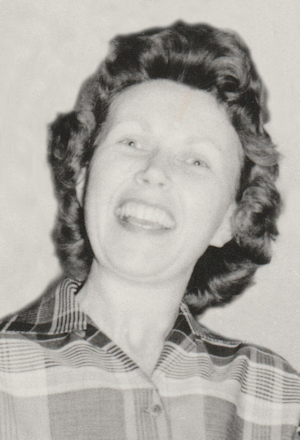 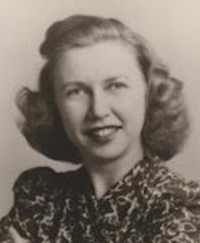 ﻿- 16 years old, is the daughter of Mr. and Mrs. H. J. Loeffelholz and was born June 22, 1923 in Norman. Before attending high school in the Perry school, she went to St. Joseph’s Academy here.

Her hobbies are tennis and scrapbooks. She plans to attend Oklahoma A. and M. college in Stillwater until she is old enough to enter nurses’ training at St. Anthony’s hospital in Oklahoma City.

Rosary was said at 7 p.m. Tuesday in the Howe Mortuary chapel, Boulder.

Born June 22, 1923, in Perry, Mrs. McMorris was married here Dec. 26, 1945, to Sharidon A. McMorris, who survives. She was a 1940 graduate of Perry high school and a 1943 graduate of the school of nursing at St. Anthony’s hospital, Oklahoma City. Mrs. McMorris served as a Navy ensign in the naval hospital at San Diego, Calif., from November 1944 to January 1946. The couple met while McMorris was a patient in the hospital.

She was a member of the Sacred Heart Catholic church, the Altar society and the Christian Family movement of the church. She also was a member of Beta Sigma Phi sorority.

Survivors other than her parents and husband include six children, David, 12; Patrick, 3; Susan, 10; Beth. 8; Mary, 5; and Ann, 4, all of the home in Boulder; and a brother, John Reginald Loeffelholz, Oklahoma City.