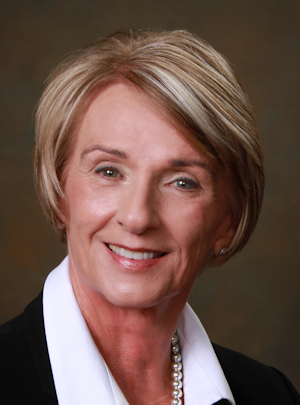 Linda and Lenny Sadler married June 9, 1969. She worked as a legal secretary for Service & Marshall Attorney at Law in Edmond, Oklahoma from 1969-71. She and Lenny moved to Tulsa, Oklahoma in 1971 to open a branch of Sooner Equipment Company and moved to Amarillo, Texas in 1972 to operate Ditch Witch of West, Inc.

Linda has lived in Amarillo, Texas for 46 years where she and Lenny have owned and operated Ditch Witch of West Texas, Inc. In 2012 they opened dealerships in Nebraska and Kansas and now have five dealership locations and territories in seven states and operate as Ditch Witch UnderCon. She serves on the board of directors of Ditch Witch UnderCon. She and Lenny purchased Cheyenne Station Ranch in 1997 and they operate a cattle business as Cheyenne Station Ranch Cattle Company.

She is the proud mother of four children: Bret Sadler, Toni Sadler Perez, Jake Sadler and Dr. Elizabeth Sadler Rodriquez. She and Lenny have 8 beautiful grandchildren.