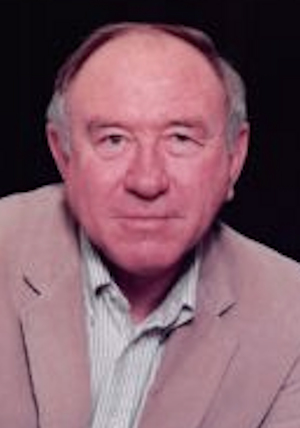 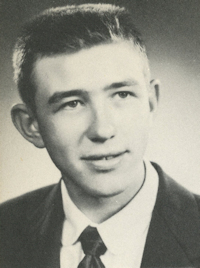 Harry Glenn Haefner, 79, of Perry, Oklahoma passed away at his home on September 6, 2018. He was born on August 20, 1939 to Harry and Vannie (Parker) Haefner just northeast of Perry. Harry was born and raised in Perry and graduated from Perry High School in 1957.

After graduation he met the love of his life, Janice, and they instantly connected. They were married in 1963 and the rest is history. He joined the Airforce and served our country for 22 years before retiring. They moved around to various places due to his time in the service which worked out wonderfully because they both loved to travel. They were in California for quite some time and were stationed at Travis Airforce Base. While in California they had their first 2 children, Mike and Dawn Haefner. They later moved Albuquerque, New Mexico, where they had their youngest child, Peggy Haefner, and then moved to Arizona. The whole family packed up and stayed in England for about 3 years before moving back to Oklahoma.

After his retirement from the military, he decided to go to school in his late 40s. Harry attended Oklahoma State University and received his bachelor’s degree in agriculture economics. Upon graduation he became a financial planner for IFMAPPS at OSU for 17 years.

Harry was the kind of man that always stayed busy. He loved to read a good book and was intrigues by mysteries and history novels. He also enjoyed his time out at the farm raising his cattle and farming for wheat. He was a phenomenal cook and had a green thumb. He enjoyed gardening and being outdoors, but there was nothing he loved more than his family and friends. Harry was an All-American man and will be greatly missed by all who knew him.

He is preceded in death by his sister, Bonnie Mitchell, and his brother, LeRoy Haefner.