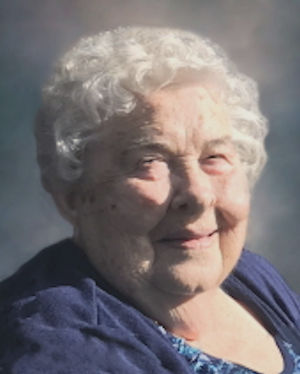 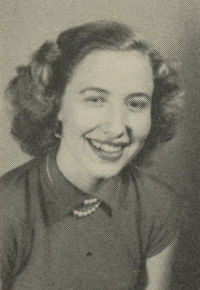 Marjorie Marie (Cinnamon) Horn was born on December 29, 1933 to Ralph Liberty Cinnamon and Celia Alice (Johnson) Cinnamon at home northwest of Perry, OK, in the Polo community. She passed from this life on October 7. 2018 at Perry, OK. She was 84.

She married Ronald Horn on June 5, 1951, who preceded her in death in 1995. They farmed in Noble County until his death. She supported her children, grandchildren and great-grandchildren in their activities.

She attended many one-room schools where her mother taught. Then she lived with an aunt in Garber, where she attended school. She graduated from Perry High School, after a bus route was established. Marjorie then attended a business course in Ponca City, OK. She worked many jobs throughout her life. She became a deputy in the Noble County Clerk’s office in 1976, where she retired in 1998.

Marjorie was an active member of the Antelope Valley Church of the Brethren, the Town and County Home demonstration club and the Billings Historical Society. In later years, she loved playing cards and visiting at the Perry Senior Citizens Center.

Memorial contributions may be made to the Billings Historical Society or the Perry Senior Citizens Center in care of Trout Funeral Home, 1408 N. 7th Street, Perry, OK 73077.