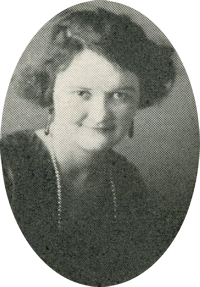 Rosary will be at 8 p.m. Tuesday in the Poteet chapel, Pawnee, for Mrs. Pearl Nelson Neff, 58, former Perry resident, who died Sunday morning in a Ponca City hospital following an illness.

Funeral mass will be at 10 a.m. Wednesday in the Fairfax Catholic church, and burial will be in the Catholic cemetery in Perry.

Mrs. Neff was born Aug. 10, 1904, in Tonkawa, and came to Noble county with her parents, Alfred and Katie (Roach) Nelson. She was a graduate of Perry high school. She was married in 1945 in Paris, Texas, to Frank Neff, who preceded her in death in 1959. The couple made their home in Ralston since their marriage. She was a member of the Catholic church in Fairfax.