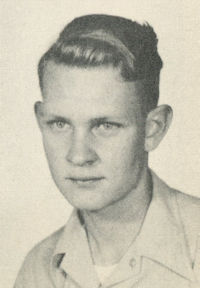 Funeral will be at 10 a.m. Tuesday at Brown Funeral home chapel with Dr. Charles Sapp, pastor of the First United Methodist church, officiating. Burial will be at Grace Hill cemetery. Memorials may be made to the American Cancer Society.

McGill, the son of Carl and Blanche McGill, was born at Perry, Nov. 4, 1927. He was a graduate of Perry high school. He served in the Navy during World War II and was a 34-year employee of Southwestern Bell Telephone when he retired four years ago.

McGill was preceded in death by his first wife, Bertha, and his father.