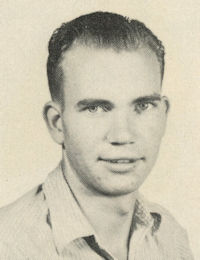 Jacop Neiman, 57, 5 Cedar street, died at 11:56 p.m. Monday at Enid Memorial hospital. Funeral will be at 2 p.m. Thursday at Brown Funeral chapel. Burial will be at Grace Hill cemetery.

He was an employee of Charles Machine Works the past 15 years. Neiman was a Baptist.

In addition to Mrs. Neiman, of the home, survivors include one daughter, Debra Clark, Perry; two sons, Steve Neiman, and Dale Neiman both of Perry; a sister Thelma Harlan, Perry; and three grandchildren.