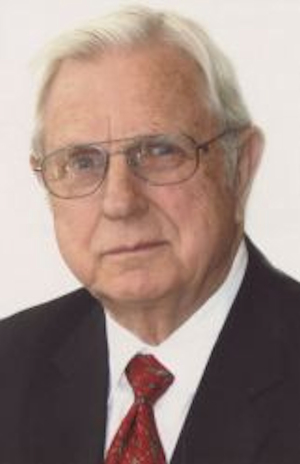 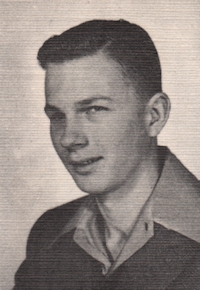 Reg earned a degree in Agricultural Economics from Oklahoma A&M (OSU) in 1951. He was a member of the Sigma Phi Epsilon Fraternity and on the Dean’s Honor Roll. In 1952, he married Jerry Sue Story, a fellow student at A&M.

He soon went to work for the Oklahoma Farm Bureau Insurance Company. During his career he rose through various positions of Executive Vice President and General Manager. Reg and his wife Jerry raised four children of their own and helped raise two nieces and a nephew. Jerry died of cancer in 1994.

He married Patricia Fletcher Myers of Macon, Georgia, in 1996, and lived in Oklahoma City. They enjoyed traveling to visit children and grandchildren, and following the OSU Cowboys. Reg served as a docent at the National Cowboy and Western Heritage Museum in Oklahoma City. He and Pat are members of the Greens Country Club and Christ the King Catholic Church.

Donations may be made to the Wounded Warrior Project. A Mass of Christian Burial will be celebrated at Christ the King Catholic Church, Friday, May 1, at 12:00 noon. Visitation will be at Smith-Kernke Funeral Home on N. May Ave. on Thursday, April 30, from 6:00 to 8:00 p.m. Interment will follow at Chapel Hill Memorial Gardens.