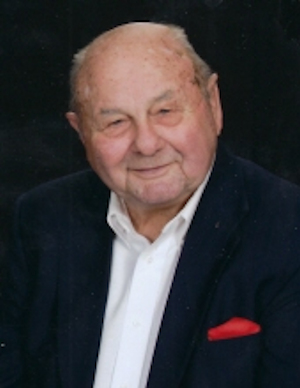 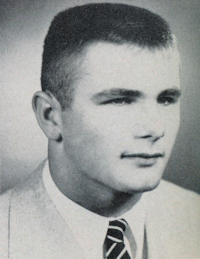 Leon Loyd Hughes, Sr. longtime resident of Perry passed away unexpectedly on Tuesday evening, December 4, 2018 at Perry Memorial Hospital in Perry. Funeral services have been entrusted to the care of Dighton-Marler Funeral Home of Perry.

Leon was born November 16, 1937 in Lucien, OK, to Kenneth Herbert and Mildred Carolyn (Bowers) Hughes. He grew up in Perry where he attended Perry Public Schools and graduated a Perry Maroon in 1955. “Perry Pride”, that’s what Leon was all about! Since being an avid sports fan, he loved wrestling, football, and basketball. He took pride in being a Perry Maroon since early childhood.

Specialist 4th Class Hughes served six years with the United States Army National Guard in the 45th Infantry Division. He was stationed in Ft. Leonard Wood, Missouri and Fort Ord, California. His favorite stories were of driving for General David Matthews and Company Commanding Officer Rex Edgar while wearing Edgar’s uniform and having soldiers salute him.

Leon worked for CMW and Ed Malzahn when he was in high school when the location was at the current Heritage Center. He then was employed in the Oil Patch and ODOT, returning to CMW where he worked for 37 years. He had great respect for Ed Malzahn and his company.

On June 7, 1962 Leon married Norma R. Sneed in Perry where they made their home for the next 56 years working and raising their family.

Since his senior year in HS, Leon has been a member of First Christian Church of Perry for 63 years. During his younger years he served as Deacon and then head usher and drove the church van for years picking up children and senior citizens to attend worship. He also served on the Property Committee for a few years as well.