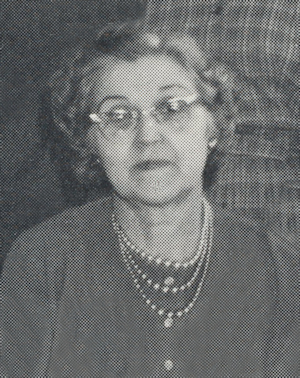 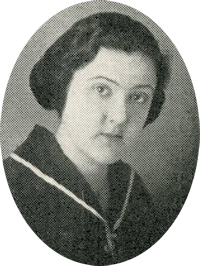 “Prophecies of success sing sweetly in her ear.”

Services will be at 3 p.m. Monday in the First Baptist church for Mrs. Luada Jo Anderson, 58, who died Friday in Perry Memorial hospital following an illness.

Dr. O. L. Gibson, chaplain of Stillwater Municipal hospital, will officiate at last rites, assisted by Rev. H. E. Alsup, pastor of the Perry Baptist church. Burial will be in Grace Hill cemetery under direction of Parker funeral home. All Perry schools will be dismissed for the day at 2 p.m. Monday because of the services.

Mrs. Anderson graduated from Perry high school in 1923 and received her bachelor’s degree from Oklahoma State university in 1928. She also attended Oklahoma Baptist university, and the Southwest Baptist seminary at Fort Worth, Texas. She taught in the Perry grade school system several years, and for the past eight years had been secretary to her husband, the Perry junior high principal.

She was a member of the First Baptist church.

In addition to her husband of the home at 909 Jackson street, survivors are a son, Gary, a student at Oklahoma State university; two sisters, Mrs. Bob Wilson and Mrs. Alan F. Wilson, both of Perry; and a brother, Walter C. Brengle, Ponca City.