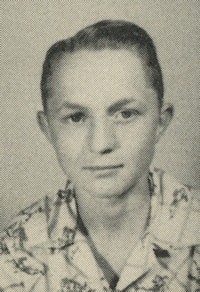 Harold Lloyd Stout, 32, whose home was on route 4, Perry, died at 9:13 p.m. Friday in University hospital, Oklahoma City, where he had been a patient since June 17.

Services will be at 10 a.m. Monday in the Parker chapel, with Rev. Carlton Kjergaard of St. John’s Lutheran church, Covington, officiating. Burial will be in the Covington cemetery.

He had been in ill health five years.