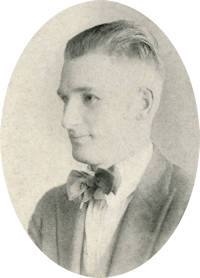 “And he was lured astray by Cupid’s soft delights.”

﻿Funeral will be Friday in Tucson, Ariz., for Lew Wood, 62, a native of Noble county who died in a hospital there Wednesday after failing health the past two years. Burial will be in Tucson.

Wood was born in this county to John C. and Mollie L. Wood and lived here until 1958 when he and his wife, the former Ruth Springer, moved to Atlanta, Ga. They went to Tucson several months ago because of Wood’s health.