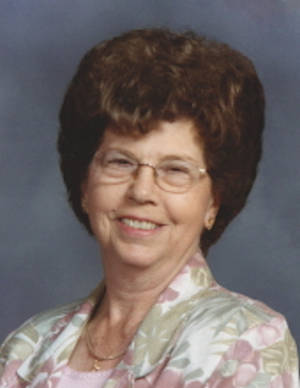 Irene Agnes attended grade school at Fairview district 76 and at Star school district 77, then came to Perry for her secondary school work.

After getting her diploma from PHS, she intends to stay at home and help her parents until after the war.

A celebration of her life will be held at 10 am Thursday, February 14, 2019 at Trout Funeral Home Chapel in Ponca City. It will be officiated by Mike Dvorak. Burial will follow in the Odd Fellows Cemetery.

Irene Agnes Heppler was born on October 24, 1927, on a farm in Perry Oklahoma to Frank and Bessie (Kosnar) Dvorak, where she obtained her education. Irene married George W. Heppler in Perry, in the Baptist Church. They moved to Ponca City in 1946, where Irene started a career with Dempewolf moving company, where she retired from in 1985.

Irene enjoyed playing golf and bridge with her friends. She also loved spending time with her family, especially her grandchildren.

She was proceeded in death by her parents; husband George W. Heppler, they were married 57 years. Her daughter Carla Heppler; her brothers Frank and Charlie Dvorak and sister Adellia Freeman.