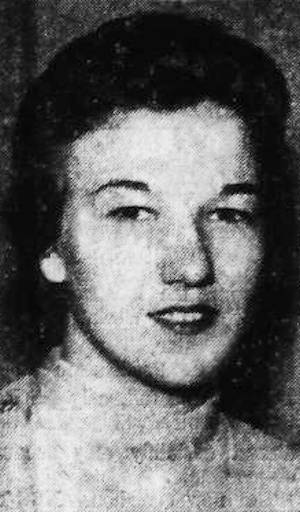 ﻿Mrs. Beverly Jo Edgar, 26, a 1958 graduate of Perry high school, died at 11:50 a.m. Monday in the Oklahoma Medical Research Foundation hospital in Oklahoma City, where she had bean a patient since April 12. She had been ill eight months.

Services will be at 1 a.m. Thursday in the First Christian church of Perry, with Rev. Joe Samuels, minister, officiating. Burial will be in Grace Hill cemetery, Perry, under direction of Parker funeral home.

The family has requested that in lieu of other remembrances, contributions be made to the Oklahoma Medical Research Foundation. Donations will be accepted by The Perry Daily Journal for the fund.

While a student at Perry high school, she was elected wrestling queen in 1956-57. She served as a lifeguard at Perry Municipal swimming pool from 1954 to 1958 and was a Red Cross swimming instructor.

In addition to her husband, she is survived by a son, Larry Lynn, and daughter, Cathy Deneise, both of the home; her parents Mr. and Mrs. Cecil Milliron, Perry; a sister, Mrs. Karen Wilcox, Edmond; and a brother, Ricky Milliron, Perry. Her husband’s parents are Mr. and Mrs. R. E. Edgar.