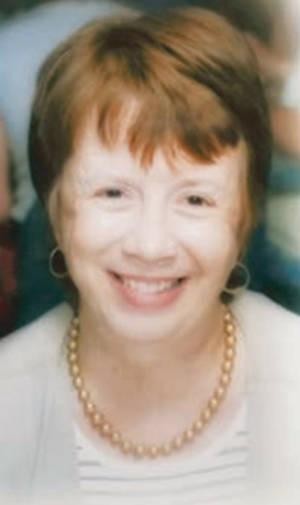 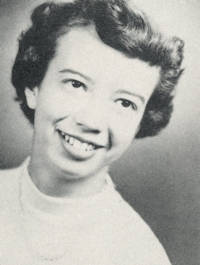 She was born to Myrl Adolphus McCormick and Fern Folger McCormick on February 24, 1937, in Perry, Oklahoma. She graduated from Perry High School and received a BS in geology from the University of Oklahoma. She also earned a teacher’s certificate at Midwestern University in Wichita Falls, Texas; an associate degree in computer science at Brookdale Community College in, Lincroft, New Jersey; a master’s degree in computer science from Fairleigh Dickinson University in New Jersey; and a PhD in sociology from the University of California, Riverside.

She married John Edmond Cooper Jr. on May 19, 1962, in Perry, Oklahoma. In addition to being a homemaker and mother, Ann worked in a variety of positions. From 1959 to 1963 she was a geological laboratory assistant at Jersey Production Research Company in Tulsa, Oklahoma. She served as a geological assistant for the Geological Survey of Canada in Calgary, Alberta, in 1969. For the 1972-1973 school year, she was a middle school librarian in Kingston, New Hampshire. At Bell Telephone Laboratories in Holmdel, New Jersey, she served as a technical assistant from 1977 to 1981. She was then promoted to a technical staff position at Bell Labs and worked in that position until 1982. She was a systems analyst in 1983 at World Vision International, Monrovia, California. Having earned her doctorate in 1994, she was an assistant professor of sociology at California State University, Bakersfield. She then became an associate professor of sociology at New Mexico Highlands University in Las Vegas, New Mexico.

After retiring, she lived in Santa Fe, New Mexico; Homosassa, Florida; and Austin, Texas. During retirement she enjoyed traveling the world and volunteering for the Heart and Soul Animal Sanctuary in New Mexico, the Assistance League of Austin, the Democratic Party, and other causes and organizations. Ann enjoyed meeting people, learning about other cultures, and taking every opportunity to further her education.

She was a fierce advocate for causes she believed in. Shortly after graduating from college, she worked tirelessly to get Oklahoma’s first Republican governor elected. Only a few years later she became a fervent Democrat, supporting the party’s goals and candidates for the rest of her life. She was an early feminist and ardent supporter of women’s empowerment and was deeply disappointed when the Equal Rights Amendment to the Constitution was not approved.

Over the years she kept in touch with many longtime friends from high school, college, and her work experiences.

Ann is survived by three children and one dog: Bradley David Cooper of Martinez, California; Janet Lynne Cooper of Tulsa, Oklahoma; Stephen Andrew Cooper of Austin, Texas; and Bella, her beloved dog, also of Austin. Her children and her “baby,” Bella, will miss their mother and friend dearly.

In lieu of flowers, memorial contributions may be made to the Heart and Soul Animal Sanctuary, http://animal-sanctuary.org/; to Austin Pets Alive, https://www.austinpetsalive.org; or to your favorite animal charity.