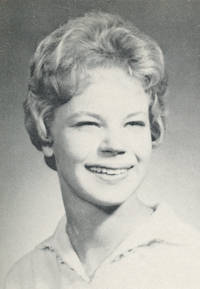 ﻿Glenda Kay (Went) Flury, a longtime resident of Guthrie, Oklahoma, went to be with her Heavenly Father on Wednesday, March 13, 2019.

She was born on August 12, 1943, in Enid, Oklahoma, the second daughter of Klemens and Leah Elma (Harrett) Went. Her family moved to Perry, Oklahoma, the summer before her third-grade year, where her dad was the owner / watch repairman of Perry Jewelers, which was later called Went’s Jewelers.

Glenda worked for the telephone company. First she was an operator for Southwestern Bell in Guthrie and retired in 2005 from AT&T in Oklahoma City where she worked as a wiring technician.

She is preceded in death by her parents, Klem and Elma Went; her daughter, Tracy Lynn Flury; and nephew, Bradley Guy Brockman.