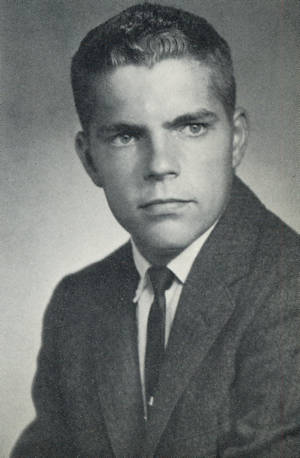 Rosary for Craft will be at 7:30 p.m. Friday at the Newton chapel. Funeral mass will be at 10 a.m. Saturday at St. Rose of Lima Catholic church with burial at Mount Carmel Catholic cemetery. The services will be in charge of Rev. Anthony Dockers, pastor of the Catholic church.

﻿Craft was born Sept. 4, 1946, in Perry to Robert Francis and Lucile E (Lindeman) Craft. He graduated from Perry high school in 1964. He attended Northern Oklahoma college at Tonkawa one year and Central State college at Edmond two years. He had planned
to return to CSC this fall. He was a member of the Catholic church.

During his school career in Perry he was active in football, basketball and baseball from 1961 through graduation. He was a member of the Lettermen’s club each year during that time. He also went out for track in 1962-63.

He served as co-captain of the basketball team in his senior year, was vice president of his class in his junior year and was in the senior play.

Besides his parents he is survived by one brother, Rick Craft, Kansas City, Kan.; one sister, Miss Rebecca Craft, Oklahoma City, and his maternal grandmother, Mrs. Carrie Lindeman, Perry.