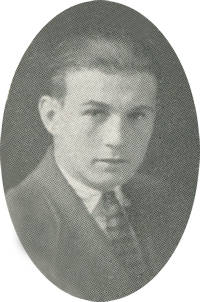 Graveside rites will be in Grace Hill cemetery at 4 p.m. Thursday for Harold Maloch, 59, of Tulsa, who died in a Tulsa hospital Tuesday. Funeral will be at 12:30 p.m. Thursday at Moore’s funeral chapel in Tulsa. Newton funeral home is in charge of local arrangements.

Maloch was born February 9, 1910 in Oklahoma City to James Edward and Margaret Jane (Lord) Maloch. He attended Perry schools in his youth. He was owner of the Maloch Oil Well Servicing and Drilling company.