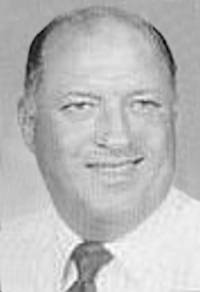 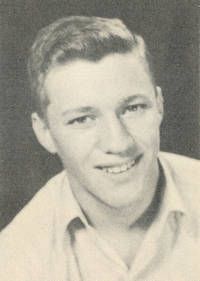 Dr. Paul Lewis Winsor, age 66, died Monday, July 20, 1998 at his home near Strington, Oklahoma. He was a longtime resident of the Coalgate, Antlers, and Stringtown communities.

Winsor was born November 11, 1931 to Glenn Everett and Clara Leona (Brogdon) Winsor. He graduated from Perry high school in 1949 and Oklahoma State University in 1969 with the advanced degree of Doctor of Veterinary Medicine.

He served his country in the U. S. Air Force from his enlistment on September 26, 1950 to September 2, 1954. He was a 32nd degree Mason and a member of the Mt. Olive Missionary Baptist Church.

On June 2, 1978, he and Joyce Magby were married in Shawnee, Oklahoma. He owned and operated Winsor Animal Clinics in both Coal and Pushmataha counties for over 35 years.

Winsor was preceded in death by his parents, Glenn and Clara Winsor and his sister Lela Faye Winsor.

Funeral services will be held Wednesday, July 22, at 2:00 p.m. at the Mt. Olive Missionary Baptist Chruch in Strington with interment at the Magby Family Cemetery, near Strington. Rev. Larry Rose will officiate assisted by Rev. Bartt Bradford. The eulogy is to be read by Dr. Cliff McDonald.