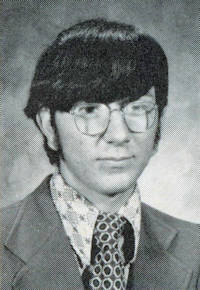 Junior attended school in Perry, OK and worked most of his adult life as a CDL truck driver, for the City of Perry, and for the Pawnee County District Barn. In his early days, he enjoyed attending rodeos and loved animals. Junior was a beloved uncle and brother who will be dearly missed by his friends and family.

No funeral services will be held as it was Junior’s wish that his estate be used for others, rather than himself. A private family memorial service will take place at a later date.